A few of us were interviewed by Scott Neigh for Talking Radical Radio in Hamilton about EPIC’s attempts to challenge prison in Kingston. Check it out!

Posted in General | Comments Off on Talking Radical Radio interview

We heard Public Safety Minister Ralph Goodale was in town to hear people talk about re-opening the prison farms, so we distributed a flyer to people gathered outside about ending migrant detention. Here’s the text of the flyer:

Detained migrants in two Ontario jails were on hunger strike for several weeks in July. Through their courageous hunger strike they have succeeded in exposing the cruel and unjust treatment of migrants by the Canadian Government. Along with their families and supporters, they have been calling for Ralph Goodale to meet with them and grant the following demands:

1 – Freedom for the wrongly jailed: Release all migrant detainees who have been held for longer than 90 days.

2 – End arbitrary and indefinite detention: If removal cannot happen within 90 days, immigration detainees must be released. Limits on detention periods are recommended by the United Nations, and are the law in the United States and the European Union.

In recent days, Chief Jailer and Notable Asshole Ralph Goodale has responded to these demands by announcing a number of upcoming reforms in a $138 million makeover of the immigration detention system, including “increasing the availability of alternatives to detention” and “improving physical and mental health care.”

“Immigration detention including in immigration holding centres is imprisonment without charges or trial. It should end, not be expanded by throwing over a hundred million dollars at it” – Tings Chak, End Immigration Detention Network

After several years of Harper’s “tough on crime” agenda, the Liberal government is now discussing various prison reforms – such as the return of the prison farms program and several changes to the immigration detention system. We celebrate prisoners winning their demands for better programs and conditions on the inside but we feel it is also important to remember that such reforms often expand and strengthen prisons in Canada, not dismantle them. We can support prisoners fighting to make their lives and the lives of other prisoners less unbearable and also clearly state that we wish an end to detention for all – not only those who are properly “rehabilitated” or those who were never “criminals” in the first place.

NO PRISONS – NO BORDERS

Pride Toronto has a prison problem

We’re happy to share an article recently published by Now Magazine that was written by Chester Abbotsbury, a pseudonymous ex-prisoner who has been an active contributor to various prison-related projects over the years including our newsletter Over the Wall. 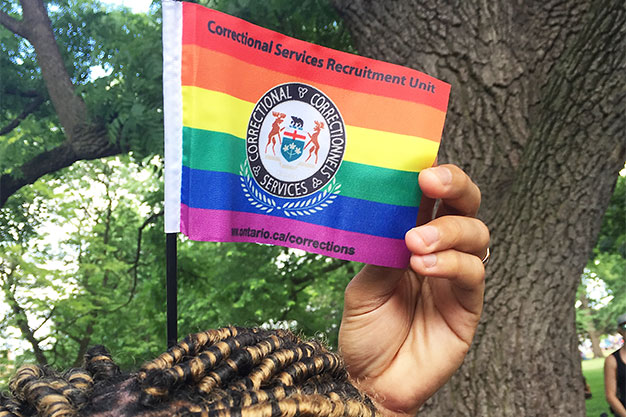 We’re excited to announce “Reap What You Sow: Radicals Reflect on Kingston’s Save Our Prison Farms Campaign” a new zine from EPIC with diverse contributions from past and present collective members and friends. It is available for reading and printing over at 613 Anarchy … and get in touch if you would like hard copies at cost. Please share widely and as always we welcome your thoughts and feedback! 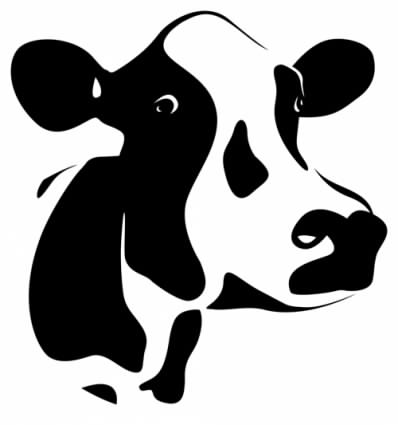 MAY DAY MARCH AND FREE BBQ!

On May 1st, 1886, 40,000 workers in Chicago—and half a million across the United States—participated in a three-day general strike demanding an eight-hour work day. A week-long struggle resulted between protesters and police, and ultimately eight protesters were arrested, convicted without evidence, and executed. Their executions are widely regarded as some of the most overt political assassinations of radicals in North America, and May 1st has since been marked as International Workers Day in their honour. Since 2006, May Day has also been widely marked as a day to protest racist immigration policies in Canada and the United States and demand status for all. Strikes, pickets and protests take place around the world on May 1st to honour and celebrate the struggles of workers, immigrants and poor people all over.

In Kingston, we are gathering for May Day for the sixth consecutive year. Join us at noon for a free BBQ in Skeleton Park followed by a spirited march downtown. Come hungry and bring your neighbours, co-workers, classmates and friends!

Posted in Actions, Events, Immigration, Strike | Comments Off on Kingston May Day 2016!

U.S.-based anarchist writer Paul Z. Simons is touring Eastern Canada to speak about his recent trip to Rojava, a predominantly Kurdish region in what was once northern Syria that is being reorganized according to the principles of democratic confederalism. He will discuss his experiences in liberated territory, the challenges of building an egalitarian stateless society, and how we can learn from and support the Rojava Revolution.

How have millions of people tried to organize themselves along more egalitarian lines, moving power to local councils? What does it mean to organize for collective armed resistance without re-creating hierarchy? How do processes of structural and economic change relate to a change in social relations and questions of power in daily life? What can anarchists and others in the West do to show solidarity to revolutionaries in Rojava and throughout the Syrian territory? Paul’s presentation will touch on these questions, as well as provide descriptions of daily life and the impacts of war in Rojava. 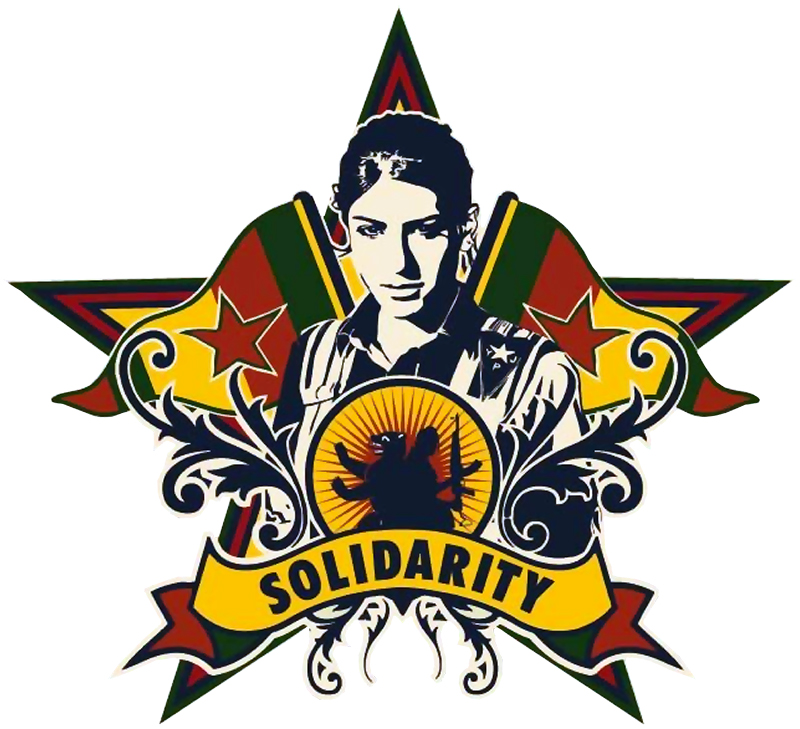 Posted in General | Comments Off on April 22nd: Reportback From The Rojava Revolution

EPIC Moment features posters and a video screening of A Fly in the Ointment in support of prison justice and reform. The posters were made in January 2016 during the Union Gallery’s PosterACTION, a collaborative workshop with End the Prison Industrial Complex (EPIC) and facilitated by Toronto artist and JustSeeds collective member, Mary Tremonte. With prison abolitionism as an overarching focus of the workshop, the participants were challenged to create works that engage with a broad range of artistic strategies and representational materials. A Fly in the Ointment, a video by Peter Collins, accompanies the posters and aims to bring the exhibition together as it speaks more broadly about the depth of isolation and deprivation that prisoners endure.

The Union Gallery invites you to join artist and OCAD University faculty Mary Tremonte for an interactive poster-making workshop with an activist slant. Using insight and techniques gained from her longstanding role as a community-based artist and co-founding member of Justseeds Artist Cooperative—a global network of activist print-makers—Mary will facilitate opportunities for participants to engage with a broad range of artistic strategies and representational materials over the course of the afternoon. Focusing on prison abolitionism as the overarching theme—an important consideration for a city like Kingston that houses multiple operating and non-operating prisons—participants will be able to donate their posters to prison justice groups, or post them around the city. A selection of the posters will be displayed in the project room of the Union Gallery in 2016.

Mary Tremonte is an artist, educator, and DJ based in Toronto via Pittsburgh. She works with “printmaking in the expanded field,” including printstallation, interactive silkscreen printing in public space, and wearable artist multiples such as queer scout badges. Mary has exhibited, presented lectures and workshops, and performed in Toronto, Pittsburgh, throughout the United States, and internationally. Through her work she aims to create temporary utopias and sustainable commons through pedagogy, collaboration, visual pleasure and serious fun.

There is limited space so please email ugallery@queensu.ca to register and drop by the gallery to make your payment by January 12, 2016. 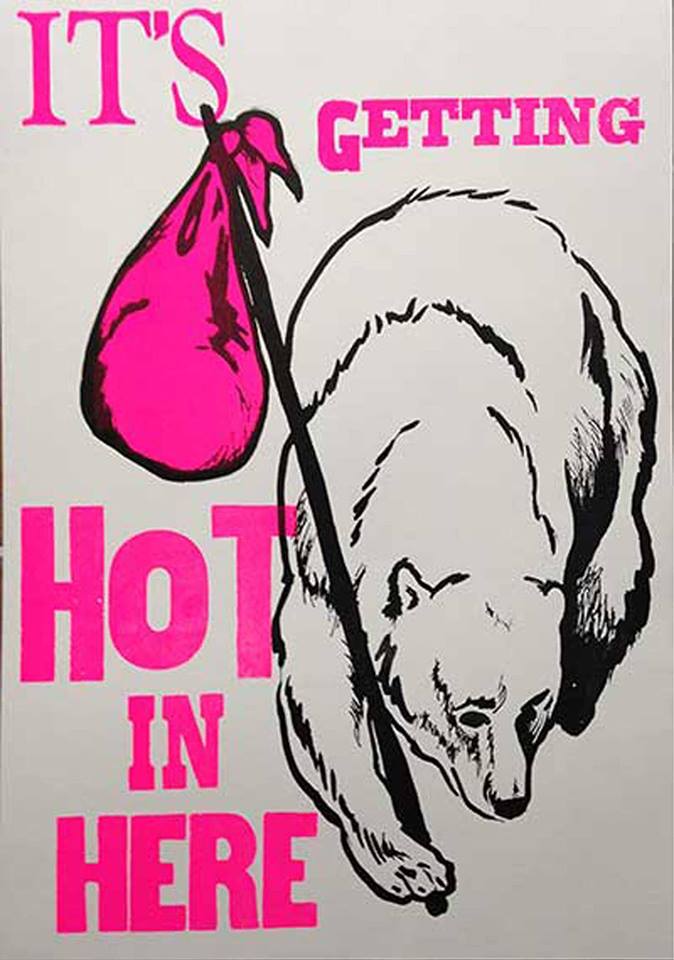 Posted in Events | Comments Off on Poster Workshop with Mary Tremonte

The Winter 2015/2016 edition of our newsletter “Over the Wall” is now available online. It features a piece by Nyki Kish about the criminalization of queer prisoners at Grand Valley Institution for Women; a reflection piece on Kingston’s Prison Justice Art Show by co-organizer Jarrod Shook; a memorial to Peter Collins written by a close friend on his support committee; and a short review of Ed Mead’s Autobiography.

Visit our Newsletter page to view and download, and please forward widely!

Call-In Campaign: Being Queer Is Not A Crime! Support Prisoners At GVI

UPDATE: CALL-IN CAMPAIGN HAS NOW WRAPPED UP WITH SOME SUCCESS. PLEASE SEE https://gviwatch.wordpress.com FOR MORE INFO.

We received word of this from our friends in Southern Ontario. Please forward and share this call-in campaign details with your networks, supportive churches or activist groups. Sharing it is super important, but please give the prison a call yourself too.

BEING QUEER IS NOT A CRIME!

_-share publicly with friends, family and amongst your networks-_

At Grand Valley Institute for Women (GVI), a federal prison in Kitchener, Ontario there has been a recent crackdown against LBTQ2+ prisoners and/or prisoners in relationships amongst themselves. Intimate relationships between prisoners are being attacked by a clique of guards acting without apparent direction or oversight from the Corrections Canada administration. We need your support with a call-in campaign to end these practises.

END_OF_DOCUMENT_TOKEN_TO_BE_REPLACED

Posted in Actions, GVI | Comments Off on Call-In Campaign: Being Queer Is Not A Crime! Support Prisoners At GVI