In October, prisoners in a number of federal penitentiaries began refusing work to protest a 30% reduction in pay and the elimination of incentive pay for prisoners who work in CORCAN factories. A few weeks ago, strikers declared a temporary return to work with a promise to resume the strike on November 20th if their demands were not met.

This morning, as a small expression of solidarity with the strikers, we dropped this banner over the highway exit nearest the CORCAN headquarters/factory in the West End of Kingston:http://bayimg.com/hAcOoaAfj ; It reads, Prison Wages Are Sweatshop Wages – Support Prisoners On Strike

We want to fight for the end of both prisons and wage labour, but in the meantime we also stand in solidarity with prisoners fighting back against forces, governments and institutions that seek to keep them behind bars for longer in ever-worsening conditions. 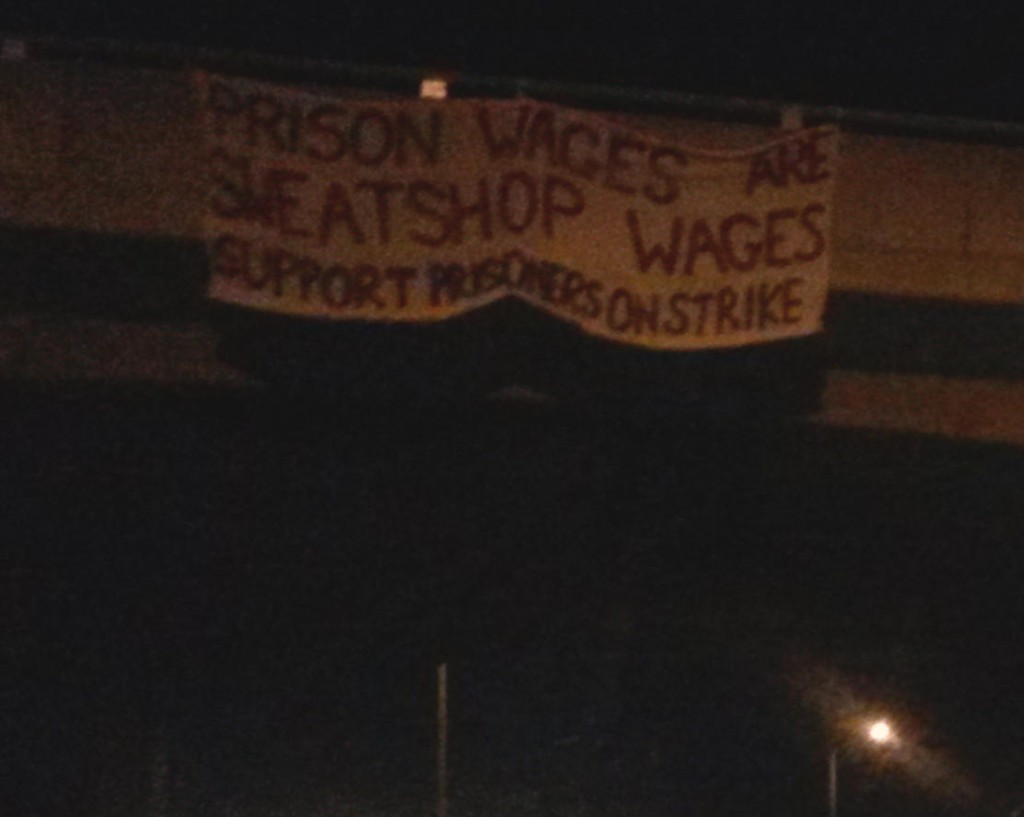 This entry was posted in General. Bookmark the permalink.