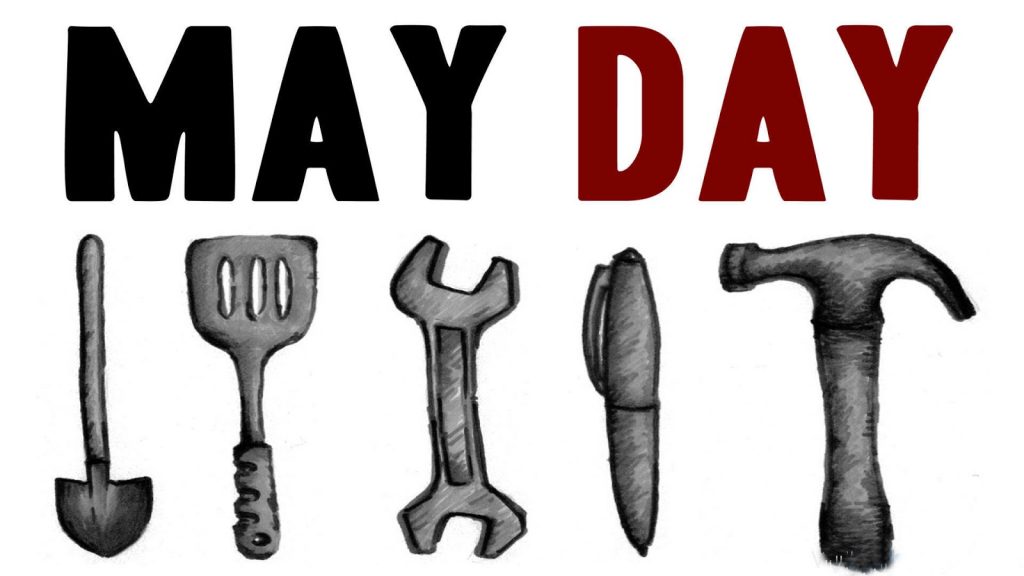 On May 1st we celebrate May Day – also known as International Workers’ Day – an international anti-capitalist holiday.

May 1st 1886 marked the beginning of a three-day general strike to
demand an eight-hour work day and improved conditions for workers. Half a million people across the United States walked off their jobs to participate in the strike. In Chicago alone, 40,000 took to the streets in what became a week-long struggle between strikers and the police. Ultimately, eight anarchists were arrested, convicted without evidence, and sentenced to death. They became known as the “Haymarket Martyrs” and their executions are widely regarded as some of the most overt political assassinations of radicals in North American history. May 1st has since been marked as International Workers’ Day in their honour, and is a day to amplify the voices of all people struggling for freedom and a better world.

Since 2006, May Day has also been a day to demand
status for all, and to protest racist immigration policies in Canada and the United States.

Strikes, pickets and protests take place all over the world on May 1st to honour and celebrate the struggles of workers, immigrants and poor people. Here in Kingston, for the seventh year in a row, we will be joining in the fun! Meet us at 5 pm in Skeleton Park for a free BBQ and at 6pm for a spirited march downtown. Come hungry, and bring your neighbours, co-workers, classmates, friends and families!

This entry was posted in Actions, Announcements, CFRC, Strike. Bookmark the permalink.